Manila, Philippines (TPPNews) — Angela Ponce, 27, has just made Spanish pageant history when she was crowned Miss Universe Spain 2018 on June 29, at the end of Pride🌈Month, the first transgendered woman to have done so.

In a lackluster presentation of 21 candidates vying to have the chance to replicate Amparo Muñoz’ MU victory in 1974 (held in Manila, Philippines), Angela, representing Sevilla, was crowned by outgoing queen, Sofia del Prado who made the top 10 in Miss Universe 2017 won by South Africa’s Demi-Leigh Nel-Peters. 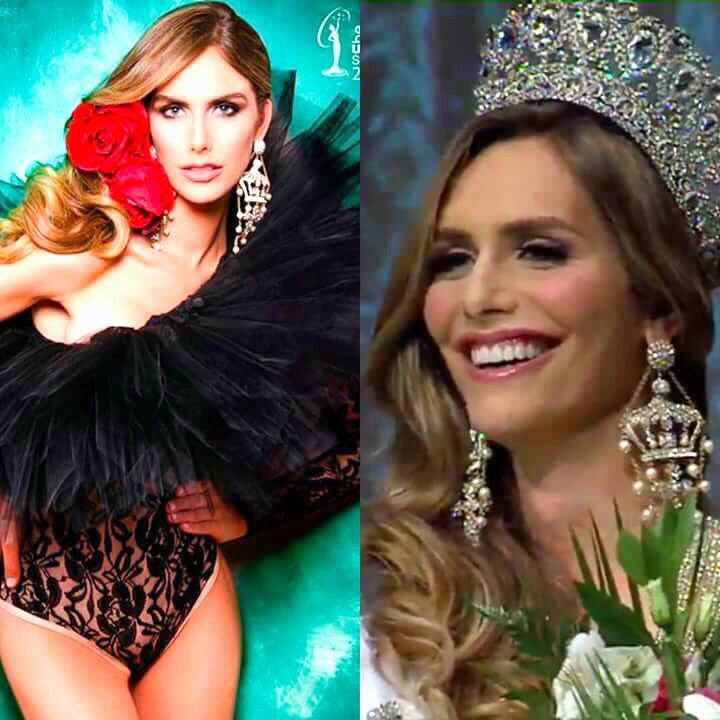 TRANSITIONED ONLY TO BECOME A BEAUTY QUEEN?

Having transitioned only in 2014, some people questioned her real intentions when she immediately joined Miss World Spain in 2015. Some sector claims she only transitioned not to embrace the essence of womanhood but to become the first gay man to become a Miss Spain – a privilege initially reserved for natural-born females. Now, 3 years after, Angela joined Miss Universe Spain and will be the first transgendered woman to compete on the Miss Universe Finals Stage. 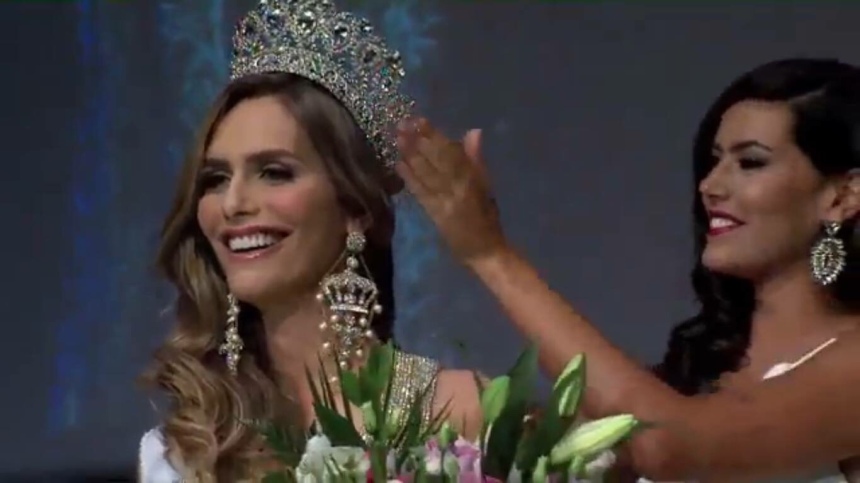 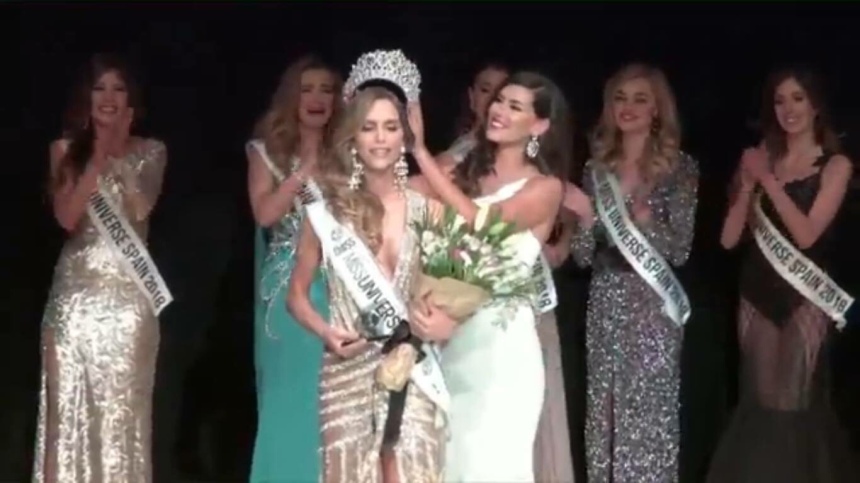 Spain has legalized Marriage Equality for Same-sex couples in July of 2005, 17 days ahead of Canada which is the first country to have accepted a transgendered candidate for Miss Universe in the person of Jenna Talackova back in 2012. Jenna who only made to the Top 12 of Miss Universe Canada 2012, first joined Miss International Queen 2010 – the pageant for transgenders and transsexual women. 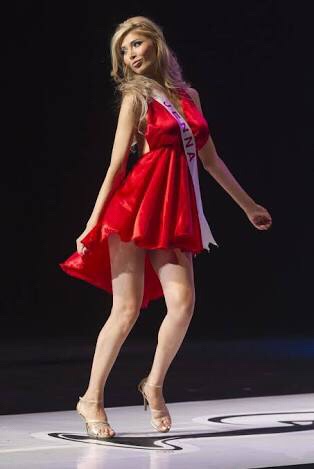 PAGEANT GIMMICK OR PUSHING THE ENVELOPE TOO FAR?

In 2017, Miss Universe Spain had a candidate twirled “into” the pool (FB or Google Search it), which was believed by many to be staged to garner social media attention and traction for the organization and pageant – and it worked! Their MU2017 delegate Sofia del Prado made the top 10 in Miss Universe 2017.

The Miss Universe Spain 2018 Competition showed an unimpressive batch of candidates, and Angela was simply the best among the mediocre group. It is a pageant Finals that’s purely based on the physical attributes of the candidates (there was no Interview Round nor a Final Q&A), and with all the cosmetic surgeries and hormone treatments Angela done on herself, it was no wonder she won over those natural-born señoritas!

IS THIS FAIR COMPETITION?

Beauty Pageants are generally a superficial show, a parade on stage of feminine beauty. Heels, make-up, hairdos, whistle-bait Victoria’s Secret Model figures, sex-appeal, gorgeous and revealing evening gowns, are all parts of a beauty pageant. These are mainly to showcase the physical attributes of a woman while promoting brand sponsors to the audience and its viewers. Think of a car show on steroids!

With Angela’s entry to the Miss Universe Competition, the bigger question has to be asked: Is this a fair competition?

The Miss Universe Pageant was born due to a Miss America Winner’s unsupportive stance on wearing a swimsuit for publicity stunts.

The current Miss Universe pageant was founded in 1952 by Pacific Knitting Mills, a California-based clothing company and manufacturer of Catalina Swimwear. The company was the sponsor of the Miss America pageant until 1951, when the winner, Yolande Betbeze, refused to pose for publicity pictures wearing one of their swimsuits. In 1952, Pacific Knitting Mills organized the Miss USA and Miss Universe pageants, co-sponsoring them for decades to follow. That is why the physical attributes of a candidate has been on the forefront of this pageant.

Though beauty pageants have evolved into a platform for advocacies and charitable programs, with the Miss Earth pageant leading the pack in advocating empowerment of women of substance and using their platform for a more needed advocacy (e.g.: protection of the environment), followed closely by the Miss World Pageant in their fund-raising events for their charitable programs, the Miss Universe Pageant has suffered in that front for at least 2 decades now. 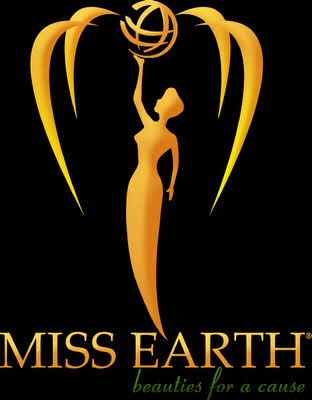 At first, the Miss Universe was an awaited international event that fosters goodwill and cultural understanding among participating nations – think of the Olympics in heels! Then at the turn of the millennium, the Miss Universe Pageant has evolved into a cultural exchange celebrating femininity. Host Nations and Cities’ culture and natural beauty were the main attraction of the pageant bringing the global audience into an array of spectacular experiences of the hosts’ natural beauty and people. That’s why Tourism became an industry for all these host cities/countries! 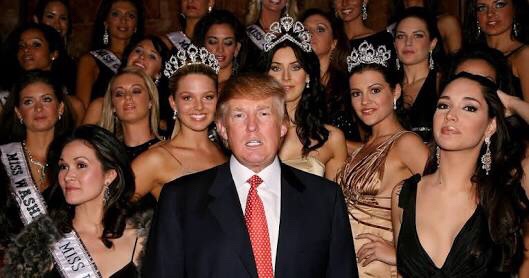 But during Donald Trump’s term in handling the pageant, it has turned into a TV Show in search for a bevy of beauties to be included in their Trump Modeling Agency, hence the “Trump Cards”. Physical attributes remained its focus, and advocacies just became an after-thought.

Then it suffered tv ratings failures, to the point that Trump has to liquidate his investments in that organization.

In June 2015, NBC cancelled all business relationships with Trump and the Miss Universe Organization, in response to controversial statements about illegal immigrants who crossed the border from Mexico. As part of the legal settlement, in September 2015, Trump bought out NBC’s 50% stake in the MU company making him the company’s sole owner. Three days later he sold the whole company to WME/IMG.

Following the change of ownership, in October 2015, Fox and Azteca became the official broadcasters of the Miss Universe and Miss USA pageants. Though the current president of the Miss Universe Organization Paula Shugart has held this position since 1998, it’s very clear that Miss Universe Pageant now is still finding its identity and foothold under the new ownership – a

Poor management of the Miss Universe Brand under the Trump Organization is still felt up to this day. It has been very evident that the narcissistic attitude of Donald Trump was the main cause of the downward trend of the Miss Universe Pageant which he used as a pawn to further his business interests, thus making the organization suffer his poor management decisions. 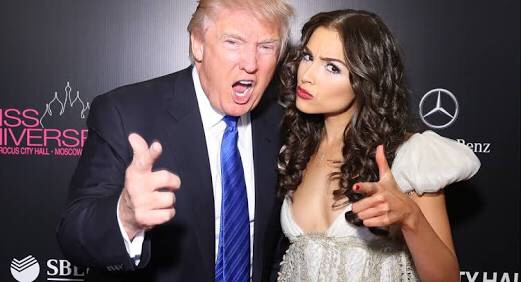 For example, 7 out the last 12 Miss Universe Pageants have been hosted in the USA, showing the growing lack of interest to have the pageant hosted by other nations. Bahamas Hosting in 2009 was due to Trump Investments in the area. In 2013, Russia has hosted the pageant only because of reports of Trump’s business investments in the country. It is very evident that the Trump Organization used the pageant as a pawn for his investment games, and he didn’t work to make the pageant better. Only the Miss Universe 2008 and 2011 Hosting in Vietnam and Brazil were authentic interests (not to mention the 64th MU in the Philippines due to sentimental reasons). Now, it’s halfway to 2018 and no hosting deals have been settled yet for the 2018 Pageant.

The poor return of investments and poor global audience share are making it difficult for the marketing arm of the Miss Universe Organization to sell the pageant in other countries. Even the number of delegates hasn’t surpassed the 90 mark.

LCS Group of Companies Chairperson Luis Chavit Singson of the Philippines have recently confessed to the media that he hasn’t seen any return of his investments in the 64th Miss Universe Pageant Hosting he has produced in the Philippines which was held in January of 2017. Though his interests are still there, he is now looking elsewhere for other investors to help host the pageant in the Far East region.

Appointed as a partner of the Miss Universe Organization, the LCS Group is now looking outward to their business partners in the region (specifically partners in Korea, Macau, and Vietnam) after the MU2018 China Hosting bogged down. As of this writing, no updates were received about LCS’ dealings in Vietnam for the MU Hosting after Mr. Singson reported to the media that a Vietnam outing was scheduled a couple of weeks ago for that purpose. Furthermore, unverified social media posts of Thailand Hosting have also circulated among Pageant fans.

With the looks of it, it seems that it is going to be back in Vegas for the 66th Miss Universe (unless other states/cities will stand up. Hello NYC!)

BEGINNING OF THE END?

With the lack of interest to host Miss Universe 2018, the Pageant’s lack of relevance and cultural significance on the global stage, the dying TV ratings, and now the dawning of unfair competition with the entry of a created female vs natural women, are we seeing the last breaths of a pageant we so dearly loved?

On a side note, there is already an established international beauty contest for transgenders in Thailand, the Miss International Queen Pageant.

But being a Miss Universe Candidate and a winner is NOT A RIGHT, IT IS A PRIVILEGE!

All having the same equal rights would mean that the Miss Universe title should not be bestowed on just one candidate, BUT ON EACH AND EVERY WOMAN ON EARTH. And since this issue can become an issue about the “Equal Rights” or “Right of a Woman”, and some defending it says it is not even about the genitalia identification, then a “man who thinks, feels and believes he is a woman who has not undergone any operations to supposedly correct his biological gender assignment, has also the same RIGHTS as that of his transgendered counterparts; and if an unoperated man has the same exact rights, then what would stop a heterosexual man in claiming and contesting that being a beauty queen is a job that can not discriminate based on gender assignments which gives any straight man the same rights to compete and win the Miss Universe title!” Woah! Mind blown!

Well, all we can do now is to hold on tight as the Miss Universe boat will definitely rock violently, and wait as the waves of change calm down hoping the it will not sink the boat to the bottom. – TPPNews/TF